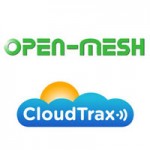 I often get asked by my clients how they can offer free W-Fi to their guests. I have never really found a easy to manage system that worked flawlessly. Most of the systems I found are targeted more towards large setups, or they don’t offer built in sub netting. A couple of years ago I discovered Meraki, which is exactly what I need for my clients. The problems is that a lot of my clients don’t like to spend a lot of money, and they see the yearly license fees as too expensive. So I continued my quest to find a cheaper alternative.

Enter Open-Mesh, Open-Mesh is an extremely low cost, cloud based, Wi-Fi solution. It offers public Wi-Fi, both free and paid, and allows you to completely separate those clients from your private network. It also allows you to create a captive portal for the public Wi-Fi. It is all managed via their cloud based management portal called Cloud Trax.

Open Mesh is not quite as powerful and feature filled as Meraki. It only allows for two SSIDs, for example, and has much less data that you can analyse and monitor.  However, for the cost, and if your clients don’t need more features than that, it is a perfect solution.

Open Mesh hardware is very small and can be powered via PoE. However the PoE is a low voltage “passive” PoE so don’t plug it into a PoE switch or standard injector. I had a major brain fart and plugged it into a standard injector and fried it. Thankfully the hardware is inexpensive enough that I just ate the expense and bought another one. I also purchased their PoE injector for round two.

The support guys at Open Mesh are very helpful and responded much quicker than I expected with the few small problems I had. I had one problem with the captive portal working on Andoird, but that turned out to be Chrome Beta for Android causing the problem.

Right now I am using this setup for a small local auto dealer, and it has been running for 5 weeks without any problems what so ever. I am very impressed and highly recommend Open Mesh.

Other products I have used or tested.

Ruckus ZoneDirector: Pros: Cons: Meraki Cloud Managed Wireless: Pros: Cons: Cisco WAP321: Pros: Cons: All of these options do support VLAN tagging so you can do a separate network. However, none of my clients have hardware that supports VLAN tagging.

Trackback from your site.

My name is James! 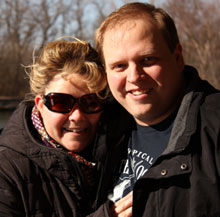 RT @elgatogaming: 🔑💡GIVEAWAY TIME: Want your creator cave to be lit? We're giving away a set of Elgato Key Lights to one lucky winner - RT…